Up to 30,000 high-quality jobs will be created in the North East of Scotland under ground-breaking plans to transform the region into the ‘Net Zero Capital of Europe’.

A major regional alliance has today (Friday 10 June) announced its formal bid for Green Freeport status which will boost GVA by £7.5 billion over the next decade and usher in a new era of investment, innovation, regional regeneration and opportunities for those that need them most.

The region is focused on becoming the global epicentre of the energy transition to lead the world in creating carbon-free energy and the technology needed to achieve Net Zero.

The announcement follows a recent visit to Aberdeen by First Minister Nicola Sturgeon during which she highlighted the Scottish Government’s commitment to reposition the region as the ‘Net Zero Capital of Europe’ and Chancellor Rishi Sunak’s pledge to boost Scotland’s transformation as a ‘green energy hub’ and deliver the UK Government’s commitments on Net Zero.

North East Scotland Green Freeport will make these commitments a reality. It will bring large-scale, advanced manufacturing to Aberdeen to maximise economic benefit from Scotland’s rapidly-growing offshore wind and hydrogen sectors and accelerate pioneering carbon capture projects on the Buchan coast. The partners believe that the fusion of Green Freeport status with the North East’s worldleading energy expertise will lead the UK’s decarbonisation drive and just transition to a Net Zero economy.

It will also create a regional customs hub for premium and globally recognised Scottish food and drink exports, building direct links to key markets for products such as Scotch whisky, seafood and meat produce.

Senior representatives of the collaborative consortium were joined today by North East business leaders at the new Aberdeen South Harbour, which will play a key role in unlocking the massive offshore wind opportunity, to issue a direct call to both the Scottish Government and UK Government to back the region’s bid.

North East Scotland Green Freeport will comprise a special economic zone within which a number of levers and tax incentives will be available to attract new inward investment and support expansion of existing businesses to invest, innovate and develop the skills needed to deliver a wide range of pioneering new projects. The ambitious proposals will secure vital trade and support the acceleration of innovation, diversification and decarbonisation of the region’s key sectors:

Bob Sanguinetti, Chief Executive of Port of Aberdeen, said: “In this climate emergency, the UK needs a region with a proven track record of delivering innovative energy solutions and economic opportunities at pace. The fusion of Green Freeport status with a region internationally renowned for its resilience, adaptability and pioneering entrepreneurial spirit would deliver a prosperous newchapter in our industrial story. One which, quite literally, could help  change the world.

Simon Brebner, Chief Executive of Peterhead Port Authority, said: “A successful bid will have a transformative effect on the Peterhead area, accelerating the push towards Net Zero through carbon capture and storage and creating thousands of jobs as well as dovetailing with vital decarbonisation work across the region.

“For Scotland and the UK to reach its climate goals, it needs the energy sector in the north east of Scotland to be at the vanguard of the transition. The levers and incentives offered through the Green Freeport will provide certainty to investors that in turns will allow us to transition to innovative renewables solutions”

“There are exciting opportunities to help decarbonise the aviation industry through sustainable aviation fuel if a Green Freeport status was secured. This is very much aligned with our own ambitious Net Zero plans for the airport, which critically require the green freeport fiscal and operational levers to deliver.”

Cllr Ian Yuill, Co-Leader of Aberdeen City Council, said: “For 50 years, Aberdeen and the North East have been the centre of the UK's world-beating energy sector. The North East of Scotland Green Freeport would allow us to build on this and the City Council will continue to work with our partners and others to submit the strongest possible bid for a Green Freeport.

“If this bid succeeds, it will have a key role in securing business and jobs for the North East for years to come. This would build on investments already made by Aberdeen City Council, the Port of Aberdeen and the Scottish Government and UK Governments through the City Region Deal and Energy Transition Fund.

“The legacy here of decades of enterprise, technology, research and innovation in offshore engineering and talent across the supply chain, equips Aberdeen and the North East with the foundation to deliver the vision of Aberdeen becoming the Net Zero Capital of Europe.”

Cllr Mark Findlater, Leader of Aberdeenshire Council, said: “This is an exciting time, and it is a great opportunity for Peterhead and the North East of Scotland. I fully support the proposed North East Scotland Green Freeport. In Aberdeenshire, Green Freeport status would accelerate the development of Scotland’s only carbon capture cluster, Acorn at St Fergus, and contribute to the decarbonisation of Scotland and Europe.

“A successful bid has the potential to create thousands of high-quality jobs for our communities in this North East corner of Scotland.”

Cllr Miranda Radley, Convenor of Aberdeen City Council’s Operational Delivery Committee, said: “This is an incredible opportunity for the city. I am excited by the potential it offers to support the transition of our existing workforce, and in the longer term to develop the skills of our children and young people so they are ready to access the next generation of energy jobs across the region. It is a key priority of Aberdeen City Council to ensure a just transition that provides opportunities for all our people.

“We also draw on our advantage of being a leader in offshore energy production, and I believe the North East Scotland Green Freeport is the next stage of a very exciting diversification.”

Further information about how to back the bid can be found at www.northeastscotlandgreenfreeport.com. Aberdeen and Grampian Chamber of Commerce is also drafting an open letter of support which businesses can sign to demonstrate support. Further information is available at www.agcc.co.uk. 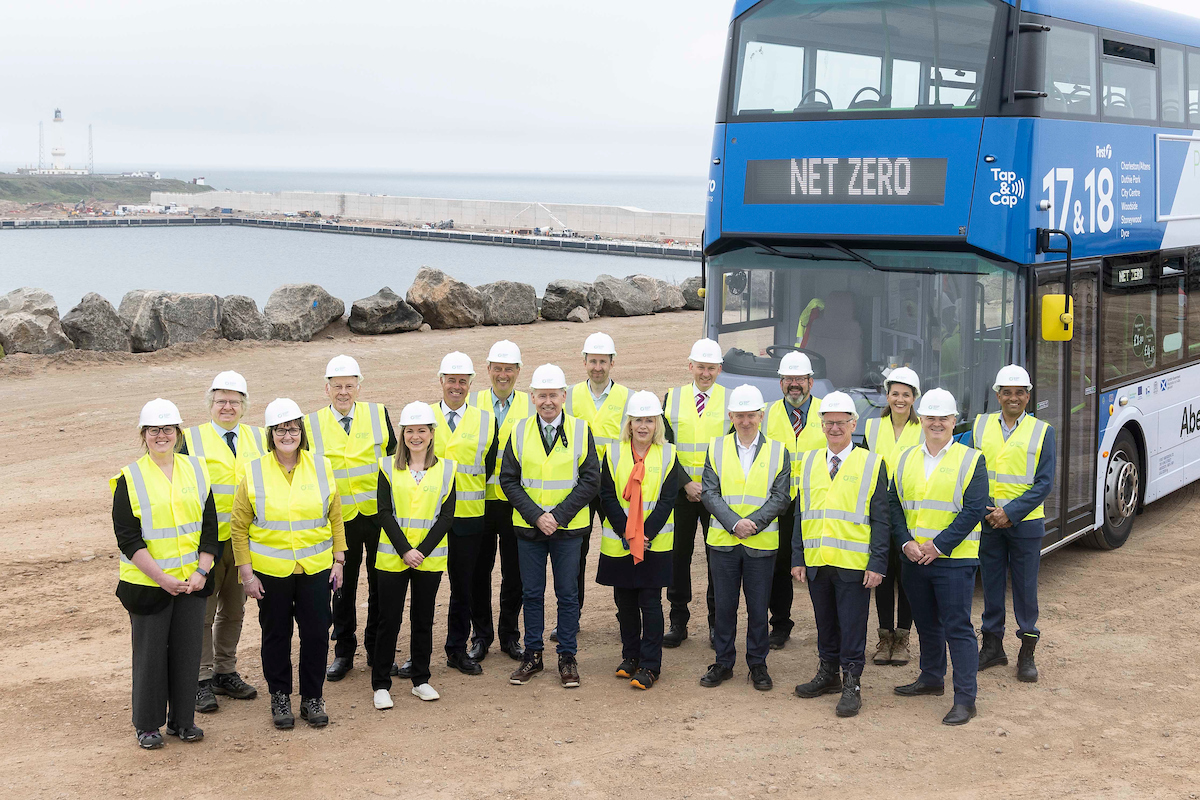