For National Day of the Seafarer on Saturday 25 June 2022, we caught up with Port of Aberdeen Deckhand and Relief Coxswain, Barry Ross, to find out about his journey in the marine industry.

Every year on 25 June, since its launch in 2011, the International Maritime Organization celebrates 'Day of the Seafarer' as a way to raise awareness about issues facing seafarers and the contribution they make to world trade.

This year's theme is 'Your voyage - then and now, share your journey'. It gives us a chance to recognise and pay tribute to seafarers everywhere, whatever their voyage.

Here's what Barry had to say:

Q: What is your job role at the port?

Q: What was your first job at sea or in the marine industry?

I left school at the age of 16 and went to sea working on vessels, mainly in the North Sea as a Trainee Deckhand / Rating. After three years of working in the North Sea, I took a job with Aberdeen based Gulf Offshore, where I worked for 15 years abroad and gained my AB coc.

Q: What was the main driver for you initially choosing a career at sea or in the marine industry?

I wanted to see different parts of the world, and the thought of just sailing away seemed like a good idea. My grandfather also worked at sea and used to tell me stories. After that I knew it was what I wanted to do.

Q: What are the biggest changes that you have seen in the industry since your first trip onboard a vessel?

There are a lot of changes from crew to equipment, and from time in port to size of vessels. But I think the biggest change is technology. When I first went to sea it was Videotel videos and books which we would swap out when in port and there was no TV. Now there’s TVs in the cabins with sky and internet, just like being at home, but it has changed the way the crew interact.

Q: What knowledge and experience from your time as a Seafarer do you use in your job today?

Working on the Pilot Cutter is just like working on a ship, it’s just the size that’s different. We still have to clean and maintain the working equipment, check the safety equipment and lifesaving appliances, and paint the boat to make it look presentable. I feel what I learned over 26 years at sea has given me have the knowledge and experience to carry out all these tasks with minimal fuss and I’m also able to overcome problems that may arise on the Pilot Cutter.

Q: What skills do you think you would have benefitted from learning prior to your move ashore?

Something I would have benefitted from it learning to cope with not going away. I didn’t realise how hard it would be to adjust to shore life, as it’s a totally different way of life to the one where you have only a certain amount of time at home before going away again.

Q: Looking to the future of the marine industry, what would you say are the biggest challenges for mariners and the people who are embarking on their sea going careers now?

I would say anyone starting out now is going to find it tough. A lot of companies don’t employ trainees unless it’s a Cadetship which is done through a third party, but even then, they’re not guaranteed a job at the end of their training. Determination and patience are required, and my one bit of advice would be to listen to the older sailors. As we do know how things work and experience is always better than a book.

Q: What would you say are the opportunities going forward for seafarers and future seafarers in the marine industry?

There is a lot of decommissioning and wind turbine work that requires ships, which will require sailors to man them. I would say this could be a big opportunity for sailors from other sectors to move into. At the moment there is a demand for British sailors across various sectors, so hopefully this continues, and it helps younger sailors get into the industry and trained up. 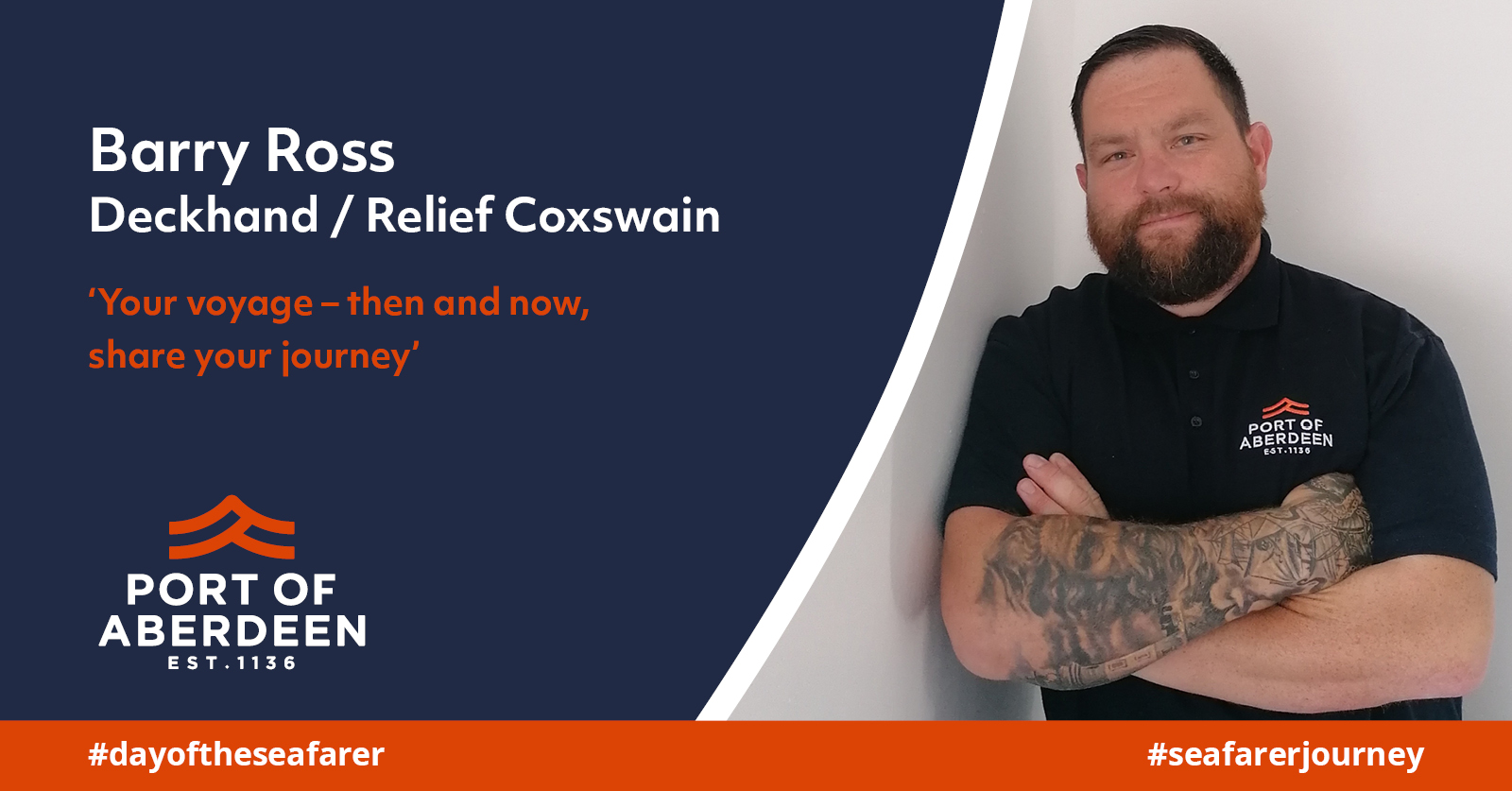