The Port of Aberdeen welcomed the first commercial vessel to Aberdeen South Harbour on Saturday 2 July, as construction of the £400 million port expansion continues at pace.

Subsea 7’s Seven Atlantic dive support vessel berthed at Dunnottar Quay to change over the crew, offload project equipment and stock up on provisions after completing inspection, repair and maintenance work for EnQuest.  The vessel will return to South Harbour later in the month for annual routine maintenance.

Keith Young, Project Director, Port of Aberdeen, said: “This is an important milestone for the project and a reflection of the hard work and collaboration from everyone involved. We are focused on being fully operational by the end of October and ensuring new and existing customers benefit from this world-class facility.”

The Seven Atlantic’s arrival marks the ‘soft start’ to operations at South Harbour, which can now accommodate vessels at a complete section of Dunnottar Quay which is 400m long, 30m wide and has a berth depth of -10.5m.

South Harbour will be operational by the end of October 2022. Dunnottar Quay, Crathes Quay and Castlegate Quay will be complete and available to port users at that point. Construction of the major port expansion project will conclude in May / June 2023 when the remaining Balmoral Quay is brought into service.

The Port of Aberdeen will be directly involved in the planning and implementation of all operations carried out at South Harbour. A phased implementation of operational services is now underway, with mooring and basic stevedoring currently offered. The capabilities will develop further in the weeks and months ahead.

The expanded Port of Aberdeen is at the heart of the North East Scotland Green Freeport bid which will create up to 32,000 high quality jobs and opportunities for those that need them most, boost GVA by £8.5 billion and transform the region into the ‘Net Zero Capital of Europe’. The bid is backed by a wide range of private sector companies, academia and parliamentarians from across the political divide.

Bob Sanguinetti, Chief Executive, Port of Aberdeen, said: “We are delighted to welcome the Seven Atlantic as the first commercial vessel to South Harbour. The £400 million port expansion will transform our capabilities, help to develop high potential sectors, such as offshore wind and green hydrogen, and unlock growth in the trade and maritime sector.

“South Harbour is an asset of national strategic significance for the Scottish and UK Governments. Green Freeport status for North East Scotland is essential if we’re to maximise the economic benefit of the project for the local community and the national economy.

Alan Black, Projects and Operations Director, Subsea 7, said: “Subsea 7 is honoured that the Seven Atlantic diving support vessel will be the first commercial vessel to use the South Harbour. The scale, breadth and depth of the South Harbour facilities creates sustainable efficiencies for our vessel operations and ensures Subsea 7, along with the local supply chain, continue to support the offshore energy sector in Scotland and the wider UK as we transition toward net-zero.” 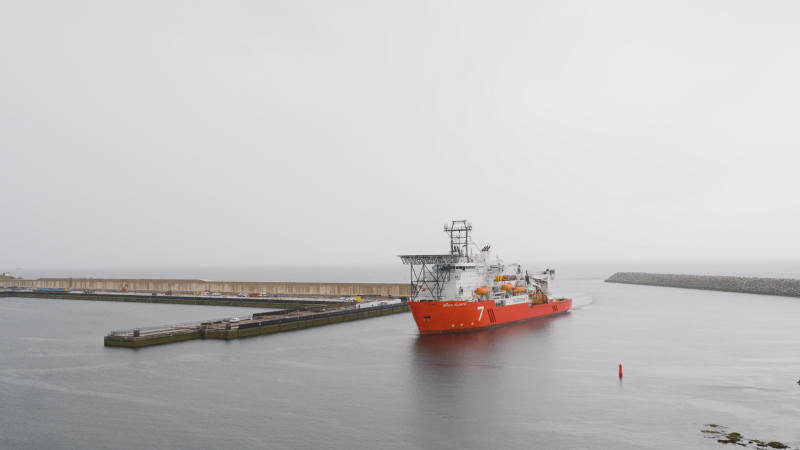 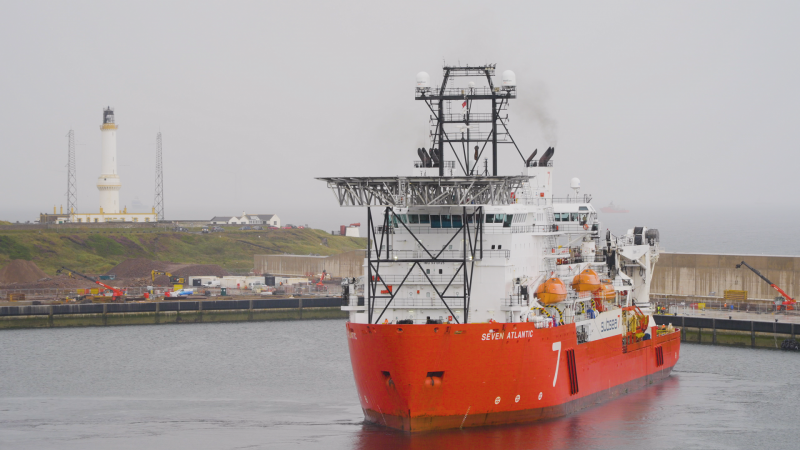 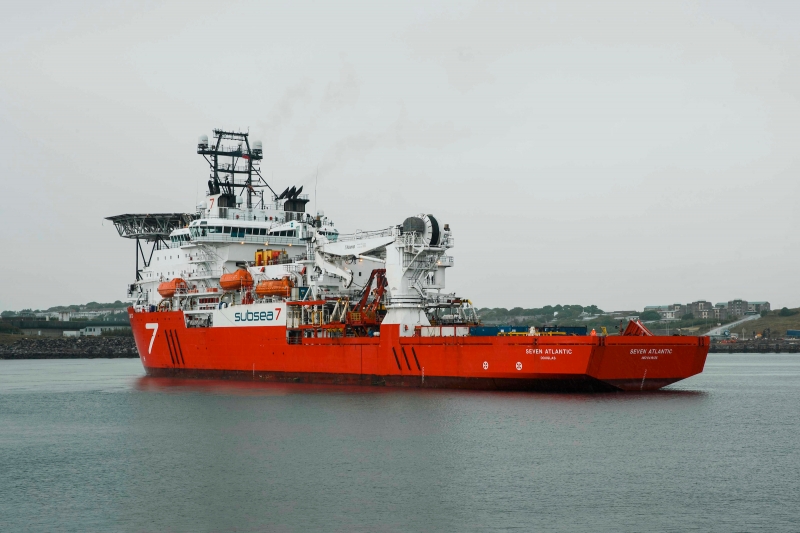 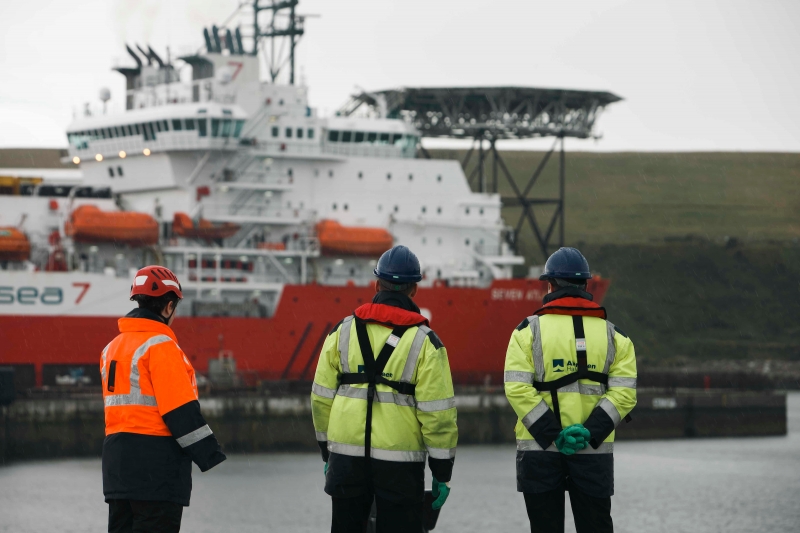 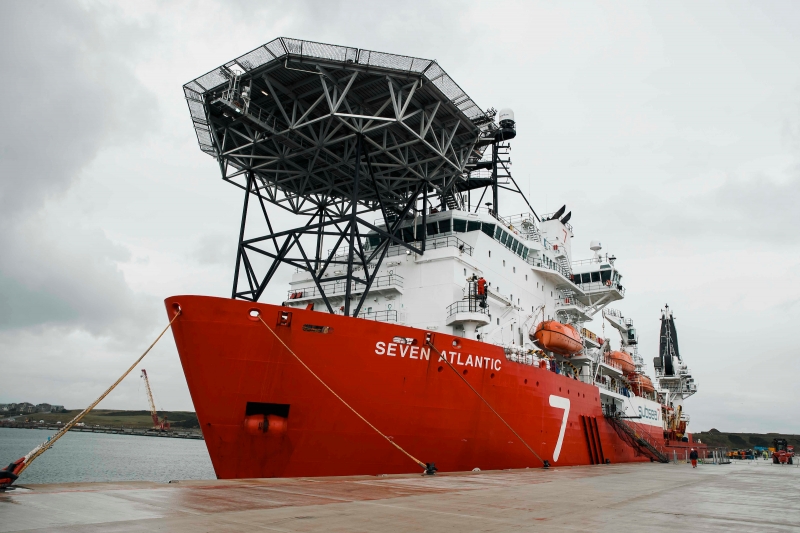 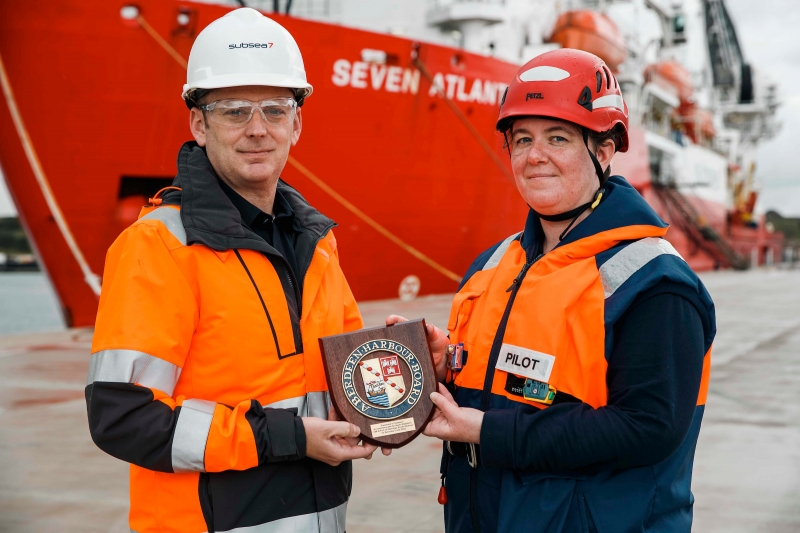